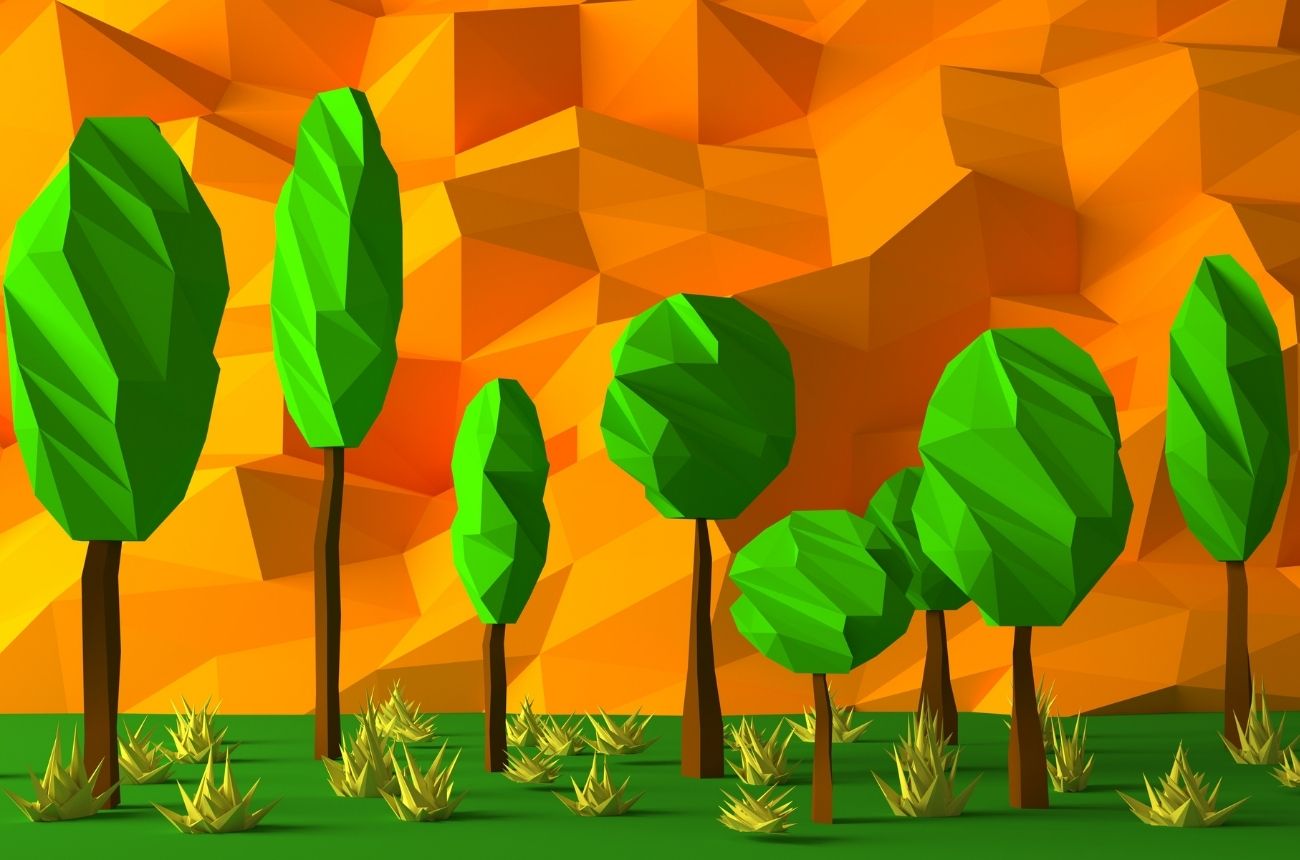 Hybrid Consensus promises the best of both worlds. By incorporating both Proof-of-Work (PoW) and Proof-of-Stake (PoS) it can provide additional security, greater decentralization, and has the potential to be the best consensus mechanism for cryptocurrencies. Here we are going to take a look at Hybrid Consensus in finer detail, starting with a breakdown of PoW and PoS.

PoW is a mechanism to achieve distributed consensus. It is often used in blockchains to ensure that the network agrees on the same version of history. Participants (or miners) must solve mathematical problems that are difficult to compute but easy for others to verify and show proof of their work.

PoW is used to provide security and trust in a blockchain network. It provides a way for the users to agree on the state of the blockchain.

PoW is an algorithm that requires an individual or a computer to perform some kind of work (solve a complex mathematical puzzle) before creating new blocks or adding to their existing blockchains. This work is called mining, and it has two primary purposes:

Proof of work mining is a way of solving the double-spending problem in a decentralized cryptocurrency network. It involves the use of computer power to solve complex mathematical problems.

The mining process includes solving cryptographic puzzles that require a lot of computational power and time. This makes it hard for one person or group (e.g., country) to dominate the mining process and also creates an incentive for miners to validate transactions and keep the blockchain up-to-date with their computing power.

Miners compete with each other by solving a computational puzzle to produce the next block on the blockchain. The first miner to solve this puzzle gets rewarded with coins and transaction fees. This work aims to make sure that the blockchain cannot be easily tampered with and that the transactions are verified.

The algorithm hashrate is the rate at which a specific algorithm solves these cryptographic puzzles.

What are the Benefits of PoW Mining?

-What are Mining Algorithms?

Mining algorithms are a set of mathematical functions used to secure cryptocurrency networks. They are used to verify transactions on the blockchain and produce new coins.

- What are the most used Mining Algorithms?

SHA-256 is a cryptographic hash function that uses 256-bit encryption to convert input data into a fixed-length of output. The SHA stands for "Secure Hash Algorithm," which was developed by the National Security Agency (NSA) and published in 2001. It has been used in bitcoin since the system was launched in 2009.

Ethash is one of the mining algorithms used by Ethereum. The Ethash algorithm also uses a variant of the Dagger-Hashimoto algorithm, which can take advantage of fast memory, and as a result, it can be mined with CPUs and GPUs.

Scrypt is a key derivation function that was originally created in 2009 by Colin Percival as an alternative to the SHA-256 function. It was designed to make it more difficult for ASIC miners to be developed for mining Litecoin and other cryptocurrencies, which were becoming increasingly popular at the time. The scrypt algorithm has been used in cryptocurrencies such as Litecoin, DigiByte, and Dogecoin.

X11 is a hashing algorithm that was created to prevent the development of ASICs for mining. It was created by Evan Duffield, who wanted to make it difficult for people to invest in mining by making ASICs less profitable. X11 uses 11 different mining algorithms. These include BLAKE, BLUE MIDNIGHT WISH (BMW), Grøstl, JH, Keccak, Skein, Luffa, CubeHash, and SHAvite-3

Equihash is a memory-oriented Proof-of-Work (PoW) mining algorithm created by Alex Biryukov and Dmitry Khovratovich in 2016. It was designed to be ASIC resistant and can be mined using CPUs and GPUs.

Progpow is a cryptocurrency mining algorithm that makes it difficult for ASIC miners to mine. It was created by Kristy-Leigh Minehan in response to the prevalence of ASIC miners in the market.

The main idea behind progpow was to make it hard for ASIC miners to mine and thus keep it decentralized. It uses a combination of different hashing functions that are designed such that they cannot be optimized by ASICs. This means that any miner with a CPU or GPU can still mine Monero without being at a disadvantage.

Proof of work mining algorithms are not without flaws and disadvantages. The most notable being that they consume a lot of energy, which has a negative impact on the environment and global warming.

What is Proof of Stake?

Proof-of-Stake (PoS) is an algorithm that replaces the need for mining with a process where the creator of the next block is chosen in a deterministic way, according to its wealth (or stake).

PoS consensus algorithm is an alternative to PoW consensus algorithm. The main difference between these two algorithms is that PoW requires miners to use their computing power to solve complex math problems, whereas PoS only requires them to show ownership of a certain amount of coins.

The idea behind PoS is that people who hold more coins have more at stake and thus are more likely to follow the rules.

How Proof of Stake Systems Work

PoS is a protocol or consensus mechanism that uses the value (or amount of stake) held in the system to determine consensus. Literally, "a consensus protocol is what controls the laws and parameters governing the behavior of blockchains."

Consensus is essentially a set of rules that each network participant adheres to.

As no central authority control blockchains, a consensus protocol is used instead to allow distributed network participants to agree on the history of the network captured on the blockchain – to reach a consensus on what has happened and continue from a single source of truth.

The Advantages Of Proof Of Stake Systems

Some people argue that PoS systems are more centralized because they require users to hold a certain amount of coins to mine. This means that users with more money will have an advantage over others and can also dictate the direction of the network.

What is Hybrid PoW PoS?

The main idea behind Hybrid PoW and PoS systems is to combine the two consensus mechanisms for a better balance.

The Basic Mechanisms of Hybrid PoW/PoS

With a Hybrid PoW/PoS system, miners can mine PoW with their computers whilst using their nodes and economic value to mine PoS, allowing them to take make more profit and increase the security of the network.

Hybrid PoW/PoS harnesses the benefits of both systems and enhances the security, decentralization, and accessibility of the blockchain.

Zinnia Network will utilize both PoW and PoS in recognizable forms and merge them to produce a multi-factor or hybrid consensus mechanism.

What are the Advantages and Disadvantages of Hybrid PoW/PoS?

As a result of the dual-system in PoW/PoS, the cost of attacking the network is significantly higher. Not only do you need to contend with both technologies, but it's considerably more challenging to break into two systems than one. One possible drawback is that you need less capital or material to dominate just one side of the security. Whilst in practice this hardly makes it feasible to attack a network, theoretically it could lower security if the attacker has a lot of economic power.

What are Proof of Work and Proof of Stake securing?

Both ways of reaching consensus are used for a lot of different usecases. Bitcoin, the most popular Proof of Work network, is mostly used for decentralized financial transactions. However, Ethereum, which is currently transitioning from Proof ofWork to Proof of Stake, secures much more than just financial transactions. The same holds true for various other network, including Zinnia. For example, these networks generally secure Decentralized apps, or Dapps. These apps are builtusing decentralized infrastructure and smart contracts. Furthermore, a lot of network are currently used to create NFTs and Metaverse applications. All these components together are what’s generally considered web3.

Mining is an integral part of a blockchain. It is how transactions are validated, and the blockchain is updated.

The first miner to solve the problem gets rewarded with cryptocurrency and transaction fees for their efforts, and this reward incentivizes miners to follow the rules to get paid for their work.