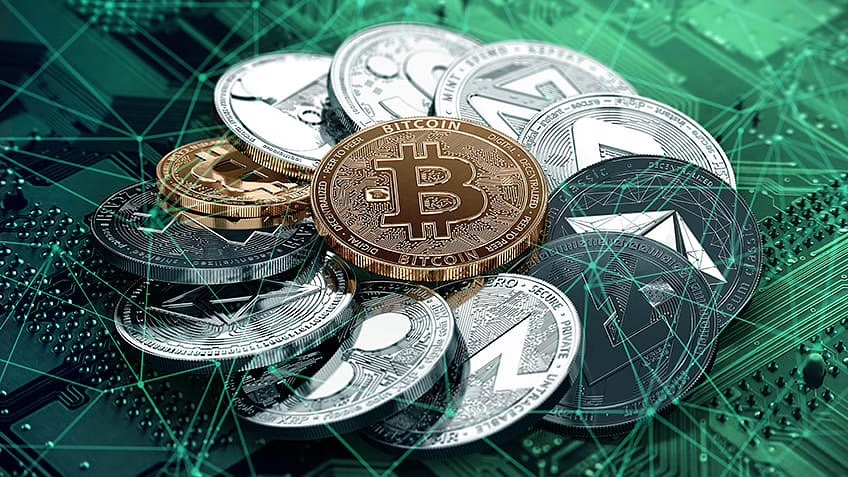 ‍In our new series, we will take ten topics and explain them to you in the time it takes for your morning toast to cook, 2 minutes, that's all we've got, so here goes…‍

Cryptocurrency in 2 Minutes Flat (feel free to time yourself)

“Crypto, it's an online digital currency run entirely online utilizing blockchain technology and cryptography to secure a decentralized ledger of transactions. Not issued by a centralized authority, outside the control of governments, and without geographical limits, its popularity surges, and its functionality spreads.”

So, here we go, a very brief look at cryptocurrency and how it works…

Cryptocurrency is, as its name suggests, a type of currency, a digital currency protected by cryptography, and a few other factors that make it very different from traditional money.

Let's quickly break the term cryptocurrency down into its two components;

Crypto - short for cryptography which is the study of secure communication techniques permitting the sender and intended recipient alone to view a message.

Currency - a payment method for goods and services consisting of fungible coins or notes usually issued and backed by governments, monarchy, or banks.

The first cryptocurrency was Bitcoin, created by Satoshi Nakamoto, a pseudonym for an unknown person or group of people. Its release in 2009 went relatively unnoticed, and it started trading in July 2010 at just US$0.0008. 11 years later, on 10 November 2021, Bitcoin reached its current all-time high of $68,789! The rise of Bitcoin spawned an explosion of cryptocurrencies, many of which aimed to compete with Bitcoin while others developed additional features. Now, in 2022 we have reached the point where over 20k cryptocurrencies have been launched, although only half of these are currently active.

Another benefit of running cryptocurrencies on a decentralized network is that each participant acts as a server, meaning that while some individuals may be offline, there will always be somewhere to access information. So yep, you guessed it, as the heading suggests, you can access and use your cryptocurrency assets at any time, all year round. But more than this, because there are no intermediaries, you can send it anywhere in the world where there is an internet connection instantly!

As we discussed in the first paragraph, cryptocurrency uses cryptography to encode data on the blockchain. All transactions are encoded so that only the users know the details and they remain secure, this process is known as hashing. There are many different hashing algorithms, but not as many as there are cryptocurrencies, so inevitably, they are shared and are not unique between currencies.

Cryptocurrency’s ability to complete transactions faster, cheaper, across boundaries, and peer-to-peer in a single currency offers financial freedom that mainstream traditional money can’t compete with. And, as the technology behind cryptocurrency evolves, so to do the potential use cases.

Further down the line, we will explain cryptocurrency in more depth and look at what all the fuss is about, including Public Keys, Private Keys, Mining, and Staking.

Next on the radar is DeFi.